Once part of the GDR, Leipzig played a crucial role in the downfall of East Germany that’s often overshadowed by the symbolism of the fall of the Wall in Berlin. These days, along with Berlin and Dresden, it’s one of the most vibrant cities of the former East.

Arrive in style
Leipzig’s grand Hauptbahnhof lends credence to the theory that train stations are the penises of urban planning. It’s a short walk from the city center, where we stayed at the Steigenberger Grandhotel Handelshof. The hotel spans a city block and was impressively remodeled four years ago. While I suspect they will regret some of interior design choices—the black Lucite chandelier over the bathtub comes to mind—there was no faulting the extraordinarily friendly service from the hotel staff. For a more intimate experience, try the stylish Hotel Freghaus situated in a historic house around a courtyard flower shop. Its neighbors include a terrific vintage store and Leipzig’s stunning Museum of Fine Arts.
Hotel Fregehaus, Katharinenstraße 11, 04109 Leipzig, tel: +49 341 26393157

Neomodern
Regardless of where you’re staying, the Museum of Fine Arts (Museum der bildenden Künste) is worthy of at least an afternoon musing the world-class collection whose origins date back to early nineteenth century. These days the collection intersperses new with old in a stunning modernist setting. The architecture that houses the collection, designed by Karl Hufnagel, Peter Pütz and Michael Rafaelian, is as special as the collection itself, which includes a swathe of contemporary artists who are either from or working in Liepzig. My favorite “discovery” was local painter Neo Rauch, which I promise has only the tiniest bit to do with his first name. Rauch has a studio at the Spinnerei, a former cotton mill that’s been converted to an art complex of studios and galleries in the western Leipzig district of Plagwitz. Both the neighborhood, centered around Karl-Heine Strasse, and the Spinnerei are worth a visit.
Museum der bildenden Künste Leipzig, Katharinenstraße 10, 04109 Leipzig
Leipziger Baumwollspinnerei, Spinnereistraße 7, 04179 Leipzig

Our weekend in Leipzig coincided with a festival celebrating the 1,000-year anniversary (yes, one THOUSAND years – in your face, America) of the first recorded mention of Leipzig. The festivities included everything from really bad American rock bands to choral music, only the latter of which is fitting for the city that was once home to Bach, Wagner, Schumann, Mahler, and Mendelssohn. Bach conducted choirs at both St. Thomas Church, where he is buried, and St. Nicholas Church, whose pale pink and green ceiling is as pretty as a box of macarons from Ladurée. Under the parsonage of Christian Führer, the church also played a central role in the 1989 demonstrations that helped lead to German reunification.

Our most memorable meal of the weekend was in Auerbach’s Keller, located at the bottom of a flight of stairs in the entrance to Mädler Passage, a shopping arcade whose roots begin in the sixteenth century when the rector of Leipzig University opened a wine bar in the courtyard (how very civilized). The restaurant is famous for being a setting in Goethe’s Faust, scenes from which are depicted in murals on the restaurant walls. It’s definitely touristy—mannequins of historical characters astride wine kegs in one corner of the building do nothing to lift the tone—but the food and the atmosphere were still hearty. We feasted on soups made from root vegetables, beef roulade, and potato dumplings then immediately went back to the hotel and slept as if we had tilled fields from dusk til dawn. On my next visit, I’m looking forward to trying some lighter fare at the recently opened Tacoholics in the Plagwitz neighborhood.

Spy Story
On our final morning in Leipzig we visited the former local headquarters of the Stasi which has remained largely intact as a memorial and museum, the Runde Ecke, since the fall of the GDR. The displays are in German, but 4€ rents an audio guide in English. The technology employed by the GDR to spy on its own citizens is so outdated it looks laughable, but there’s little that’s humorous here—aside from the can of Florena Action aerosol hairspray in a display case dedicated to disguises. The whole experience is more poignant in light of recent revelations about the NSA and makes the Germans’ empathetic view of Ed Snowden entirely comprehensible.
Museum in der Runden Ecke, Dittrichring 24, 04109 Leipzig 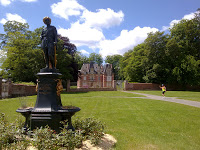 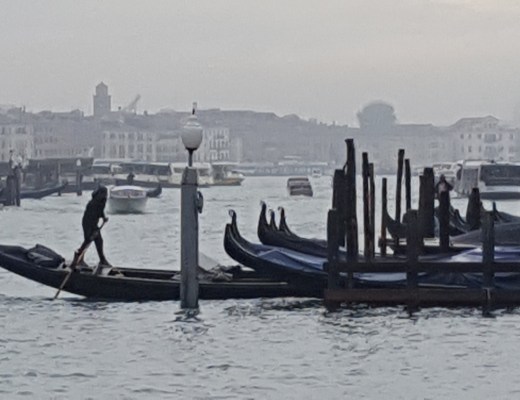