Last weekend we went to lunch hosted by the local bon vivant, M. The blue and white check cloth-covered table was set out in the front garden against the wisteria draped stone of the house. Rambling flowers to the left belied the hours of care that had gone into them. To the right was the chicken coop that has supplied us many breakfasts and a kitchen garden with neat rows of lettuces and stick tepees awaiting their runner bean linings.

The weather was behaving impeccably and it was all straw hats and sunglasses and rosé served from an earthenware pitcher. A compliment on the jug prompted M. to confess the decanting was being done to conceal that the rosé was coming from a box in the fridge. This led to a discussion on the virtues of boxed wine, a subject about which I thoughtI knew something given I had a box o’Franzia pink in residence in my closet for all four years of college. There was, however, a piece of trivia that was new to even me. The bladder in a wine box is indestructible and therefore makes a handy pillow—a tramp’s pillow—in a pinch. M. always keeps one in Châteaux Peugeot (a.k.a. his white van) in case of (presumably wine-induced) emergency camping requirements. All this musing on boxes of wine and tramps sent M. into a tailspin of melancholy. His phone had been cut off a week ago because he hadn’t paid the bill. Head in hands, he informed us that this was not where he hoped to be at the age of fifty-six.

M’s purported dissatisfaction with his life got me thinking about the nature of happiness. I didn’t really believe he was unhappy most of the time, but rather pesky intrusions like an overdue phone bill were conspiring to make him believe he was depressed. It reminded me of the nocebo effect, which works like the opposite of the placebo effect, producing symptoms by creating negative expectations. Experts blame the proliferation of public health warnings and medical information on the web. I long ago imposed a self ban on Googling anything MS related, but ever since I was nominated for membership in the chronic illness sufferers club I’ve noticed MS all around me. It’s like when you’re pregnant or engaged and it suddenly seems like everyone else is also having a baby or getting married. Just this morning there was a news story about a woman with MS who has become a member of an assisted suicide clinic in Switzerland. After I hear something like this I invariably start to imagine symptoms. I have a heightened awareness of my middle spine or a tingling in my knee. It takes a few minutes to realize that’s just the belt on my wrap dress cinched a little too tight or to remember I walked through a patch of nettles earlier in the afternoon.

M.’s melancholy passed before we finished the roast chicken. By the time we were on the cheese he was busy discussing the 150+ strong guest list for his upcoming fifty-seventh birthday party which he plans to celebrate with Heinz 57 themed catering—beans on toast and boxed wine for everyone. I’ve already thought of the perfect birthday present for him: the biggest, fluffiest goose down pillow I can find.

Spring Is in the Air

Summer Was This Weekend 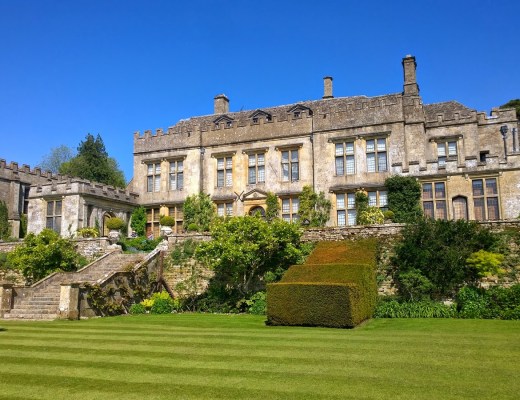 An Afternoon at the Big House