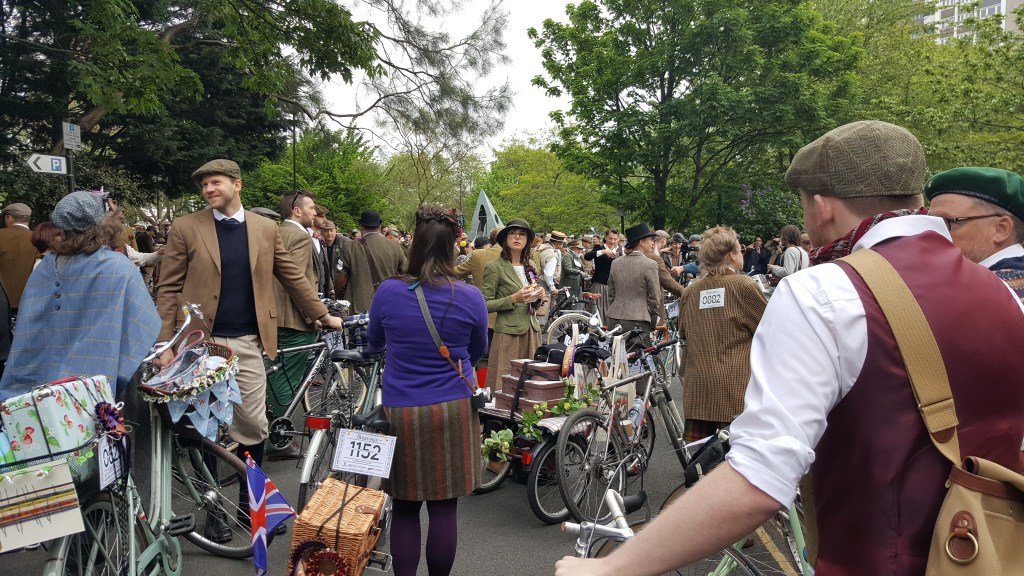 Last Saturday my husband and I joined the eighth edition of the London Tweed Run, an annual event where a group of like-minded people come together to ride their bikes around London while sporting tweed. The dress code extended beyond woven wool to all things dapper, from lavishly waxed mustaches to bowler hats, argyle socks, seamed stockings, and the odd monocle. Bikes were equally adorned, featuring flowers, bunting, Union Jacks, and wicker picnic baskets or vintage radios lashed to the back. There were Pashleys, Penny Farthings, tandems, and at least one boneshaker. In short, there was a lot of effort involved for no other reason than it’s good fun and looks sharp. It was a joy to see that roughly 1,000 people found this reason enough to join in.

The effort of dressing up infected the group’s behavior to splendid effect: people doffed their caps, complimented liberally, and exhibited extreme manners, which were on full pinkie-waggling display when we stopped for tea—complete with real china cups and saucers, natch—in Tavistock Square. After a jaunt west into Bayswater, we looped back along the bottom of Kensington Gardens for a lunch stop beneath the Prince Albert Memorial. Blankets were spread, corks were popped, and the occasional candelabra appeared, as did the sun. Music was provided by a Victrola setup next to the mustache grooming station and a village fête-style game of cap-the-pigeon. After lunch we joined a traffic jam under Big Ben then rode south of the river before heading over Blackfriars Bridge and back into Clerkenwell for the closing festivities. 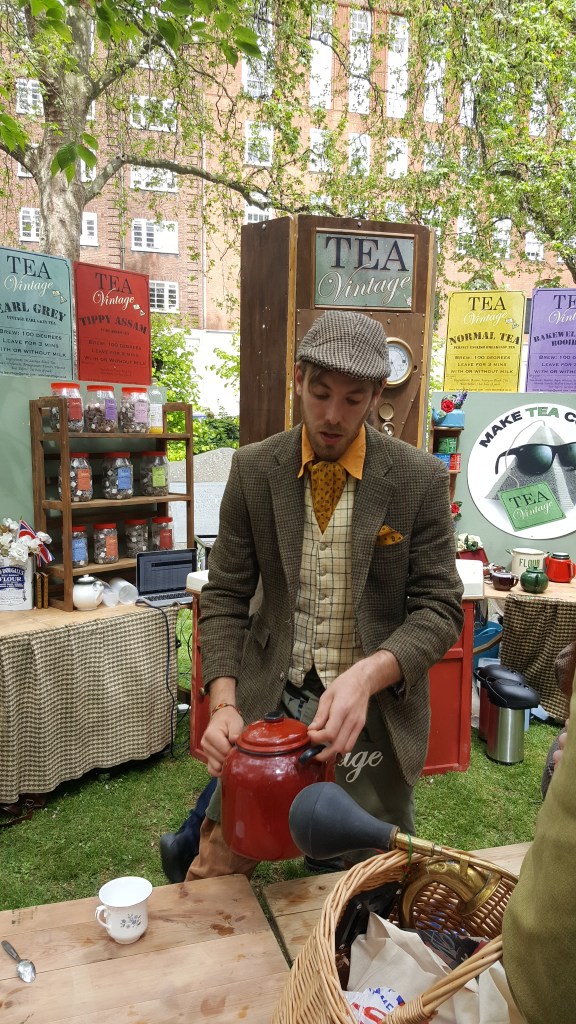 As the group wound its way around the streets of London, innocent passers-by generally had one of two reactions: to snap a picture or ask some version of the question why: “What’s this all about?” or “What charity are you raising money for?” The answer to why was, of course, something very simple—just because—but the fact that so many people felt compelled to ask was revealing. It was as if the average member of the general public couldn’t quite fathom that one of their fellow human beings would go to such lengths simply for a bit of fun. We live in an age where you have to do things for a reason and just because doesn’t compute. Just because is a luxury we don’t seem to allow ourselves much these days. 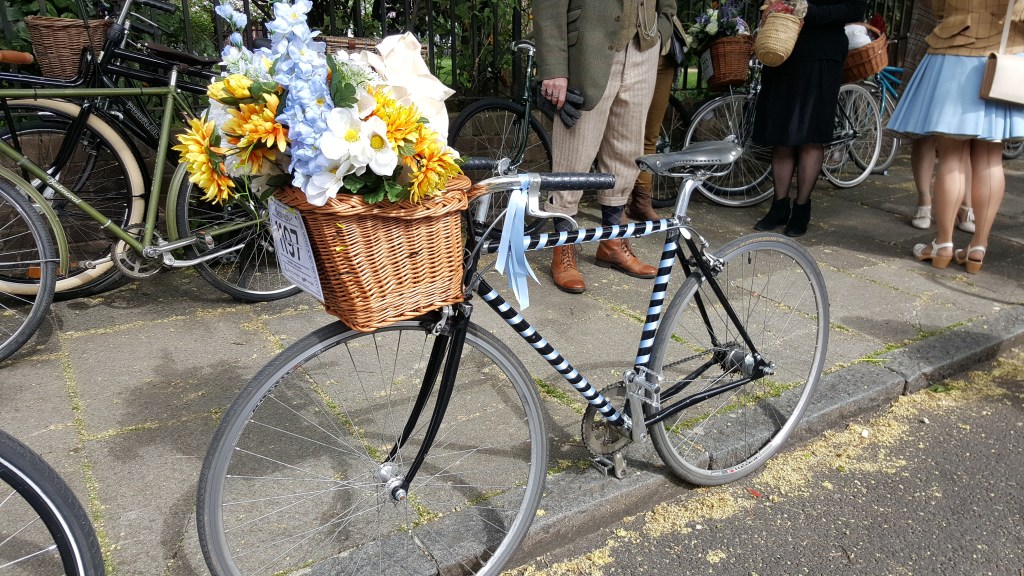 The weekend before The Tweed Run, my husband and I spent a day visiting Portmeirion, the holiday village that was the brainchild of architect Clough Williams-Ellis and made famous as the setting for the 1960s TV show, The Prisoner. I was so taken with this incredibly improbable, Italian-style, just-because folly jutting out of the Welsh coastal countryside that I bought a book by Williams-Ellis called Portmeirion: The Place and its Meaning. In the preface he writes, “I have perhaps a special difficulty—a ‘blockage’—in trying to explain Portmeirion—what it is like, what it’s about, what it’s ‘in aid of’, because have there expressed myself as well as I can in stone and timber, brick and concrete, shape and colour and indeed in planting and landscaping generally. And having so said what I felt impelled to say in solid visible form, I feel that is that…”

This explanation struck me as equally applicable to the participants of The Tweed Run. Certainly a gentleman who has troubled himself to don tweed Plus Twos and ride a Penny Farthing around the cobbled pavements of London requires no further explanation. He, too, has expressed himself in quite solid visible form, and that, certainly, IS that.

Long may such gentlemen and women carry on with such antics, just because. 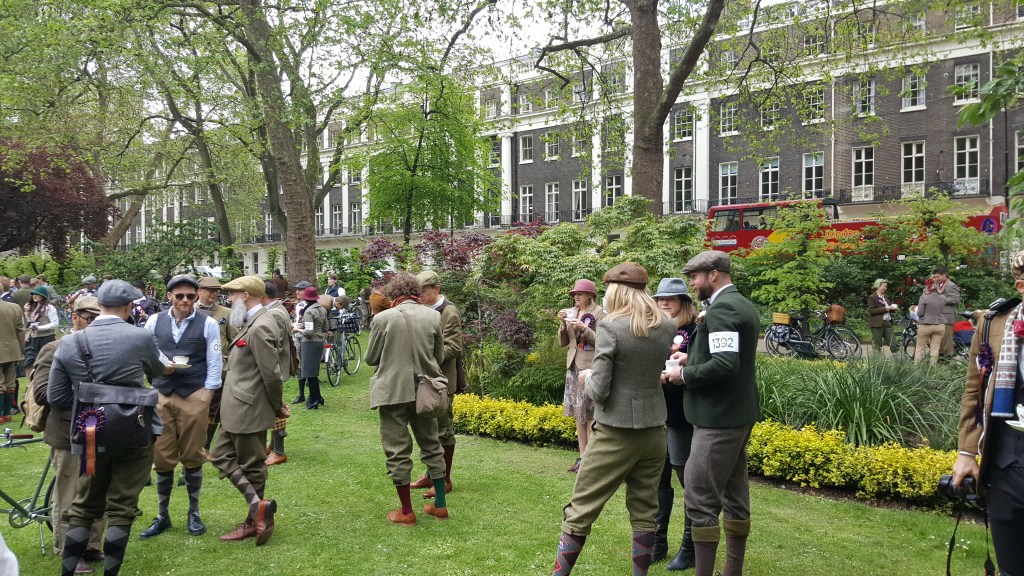 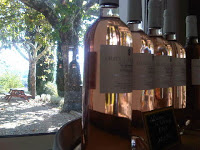 A Week in Provence Part 1: Where Not to Take a Husband Homesick for California