Spring Is in the Air

Saturday the weather was mild enough to coax us on to our bikes for our inaugural ride of 2009. Snow drops are blooming and the daffodils are threatening to burst forth by next weekend. The hunt was out which would have been nice if we had seen it, but our timing was off and so it just meant lots more horse shit and cars on the road toting the binocular and camera slinging masses.

It’s a good thing we made the effort because unbeknownst to us it was Chris’s last day at the post office in G.P., which was our first stop on the bike ride. Chris runs a little cafe in the corner of the shop, and Saturday morning coffee and a paper there are a long standing Cotswold tradition for us. It was on her brown leather couch that looks out across the village green where, leafing through The Guardian, I found husband his current job, a fact I don’t mention given his disgruntled state over the continuing presence of Inspector Clouseau. Chris tried to soften the blow of her decision to leave — she said it had been on the cards ever since the post office hours were cut last year — with promises of bacon sandwiches from the new owner, but we were crushed. At least we got to say goodbye. And we’re bound to see her one Saturday enjoying a bacon sandwich since she still lives in the village.

At the end of our bike ride we stopped into the wine bar for a coffee where M. the barman enquired if we’d like to attend his hunt’s auction that evening, a last minute replacement for a couple who’d fallen ill. We didn’t know until we arrived at the town hall later that evening that entrepreneurial E. the bird plucker was his considerably younger date. I couldn’t help thinking this was bound to end in tears, but I was too distracted by the assembled company to let my judgements get the best of me. This included an Austrian count who is tall and pointy, as an Austrian count should be, and seemed to have donated every other lot in the auction. There was also a ginger haired man of indeterminate age who specialised in horse breeding data. He was like a Wall Street analyst of the horsey set, equines instead of equities.

When it came time to bid, husband came close on a lot for a day’s gate shutting, which I assume is a useful service when you ride horses across the vast plot of land that makes up your family’s estate and you don’t want to get off your horse continually to close gates. The lot didn’t specify where said gate shutting was to take place, and husband and M. thought it would be hilarious to have the donating family come up to London and spend the day closing front gates up and down our road. Husband bailed at £200 which left him with precisely that amount to purchase a life coaching session, exactly the kind of namby pamby, L.A. thing to ruin one’s reputation at an event like this, and the taint by association heaped on our host was exactly what husband was going for. It was very poor value indeed considering a week at a villa that sleeps fifteen in the Dordogne went for under a grand.

The true value of the evening came from E., who provided the information heretofore unknown to me that the hunt ball next Saturday was a floor length dress required kind of event. This sent me into a mad rush on Sunday during which I momentarily considered having my mother FedEx me an old bridesmaid dress, the only long dress I own, never mind the chiffon and rhinestone scattered flutter sleeves. Presented with this plan my mother, who just happened to be bruised and ace bandaged from her most recent bout of plastic surgery (neck and eyes touch up to her now nearing a decade old face lift), shrieked that said dress “looks like a sack” on me. Unlike my mother the only thing that will be giving me any kind of lift with my evening gown are my Trinny and Susannah Miracle Pants, the British equivalent of Spanx.

The last time I faced this kind of formal wear emergency imposed by the regulations of British society was two years ago when, two days shy of Ladies’ Day at Royal Ascot, I happened to hear mention of the fact that a lady’s hat had to cover her entire head to enter the Royal Enclosure. The reasonably priced number I had settled on weeks ago, somewhere between a “fascinator” and a beret in scalp coverage, was on the cusp of unacceptable. On a frenzied death march stopping in every milliner within a mile radius of Oxford Street I parted ways with a considerable sum of money for what can only be described as a hot pink, highly feathered pimp hat. May my evening gown for the hunt ball be as fabulous. 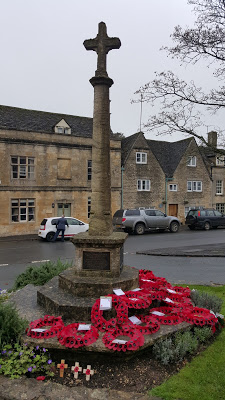 An Atheist Goes to Church