My first week on the new job is in the bag. People complain about long commutes, but my drive time was one of the highlights of the week despite the frozen conditions. I’ve established a set of landmarks for my journey that go like this: The Royal Agricultural College or RAG, known as the Oxbridge for farmers; The Veg Shed, a farm shop on the estate of Prince Charles’ country house, Highgrove; then a series of villages with names that make me smile: Little Badminton, Petty France (I looked for but did not find Gracious Switzerland or Important Italy), and Old Sodbury, which I like to think is populated wholly by old sods; finally the motorway and the bright lights, big city of Bristol.

After the snow melted this week there was a true frost, transforming my commute into a bit of Narnia. The entire landscape looked like it had been flash frozen then sugar dipped. It was something I’d never seen before having grown up in Florida where frost refers to that one night a year when farmers worry the orange crop might be lost. But upon encountering this new found beauty I admit my first association wasn’t with fairytales, but rather the Russian Winterland wedding Joan Rivers threw for her daughter Melissa at the Plaza Hotel some years ago. Why my brain can produce this data from an ancient episode of Entertainment Tonight at the slightest provocation but not the location of my keys is one of life’s little mysteries.

Another such mystery is what exactly “Process Portal Framework” means. This was the subject of one of no fewer than twenty-eight PowerPoints I was given on Monday morning as an “induction pack” for my new job. By the time I got to the Process Portal Framework sometime on Friday afternoon I was pretty sure I hadn’t landed my dream job. It’s a good enough job, a well paying, middle management job in an interesting industry where I’ll get good experience I can use to parlay into yet another one of these kind of jobs. Which I realize may be very depressing sounding depending on just what kind of person you are but, for whatever it says about me, I feel just fine about it.

I cannot say I felt the same about seeing Katie Price next to Annie Proulx in the Fiction Ps at Waterstone’s today. I went in to buy a calendar (despite BlackBerry enabled Outlook syncing, husband and I are still dependent on a paper version to manage our new found active country social life attending bingo and fetes and such), but I have no self-control in bookshops and was soon browsing the shelves.

Katie Price is a glamour model (Britspeak for topless tabloid model) turned reality television star who has a commercially successful series of ghostwritten children’s books, adult novels, and no less than three autobiographies. Think of an industrious Pamela Anderson. She was most recently in the news for renewing her vows after a whopping three years of marriage to a man she met on I’m a Celebrity Get Me Out of Here. I saw her in the fake tanned flesh two years ago when she was eating lunch in the same room as me at Royal Ascot, our collective presence perhaps revealing something about the social decline of this once venerated event. And there was Katie today, three volumes exactly, snuggled up to a single hardback of Annie Proulx’s latest book of short stories, Fine Just The Way It Is. Now Annie Proulx is one of my favourite authors, and this was an indignity I couldn’t tolerate. Even though I’ve already read it, I bought Annie just to rescue her from the slight. Of course I can afford to dispense such biblio-thropic acts of justice precisely because of my well-paying not so dreamy job, which in its own small way is a good enough sign that there’s some kind of order in this world. 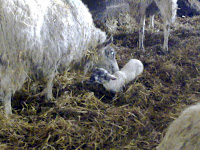 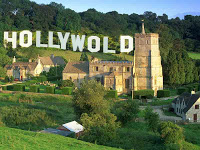