While London lays claim to hosting the most Olympic Games of any city, its record pales in comparison to Chipping Campden. This quaint Gloucestershire town has been holding its own “Cotswold Olimpicks” each year since 1612, when the events included singlestick, wrestling, jumping in sacks, and shin-kicking. Farther south in Tetbury, competitors race uphill carrying woolsacks on their backs in the town’s most famous annual event, while, to the west in Gloucester, they race downhill in an attempt to catch a wheel of cheese.

These are but a few examples of the Cotswolds’ quirky collection of annual sporting events. Most are open to the public for free or a small fee and include a whole series of festivities in addition to the main event. Even if you don’t compete, any of the outings in our guide below would make an entertaining—and quintessentially Cotswoldian—addition to your itinerary.

Rubber Duck Racing
Shake off the excesses of Christmas Day with a brisk Boxing Day walk in the idyllic village of Bibury. Stop along the way to take in the annual rubber duck race on the lovely River Coln, which starts with decoys and ends with the yellow versions more commonly found in the bathtub. As a bonus, Bibury is the picturesque home to one of the most photographed scenes in all the Cotswolds, the National Trust’s Arlington Row.

Cheese Rolling
Cheese rolling on the steep slope of Cooper’s Hill is the Cotswoldian equivalent of Pamplona’s running of the bulls. Every year crowds gather to watch an intrepid group of racers chase an eight-pound wheel of Double Gloucester, which also happens to be the prize. The event caused quite the controversy last year when it carried on despite warnings from officials about health and safety concerns. Past cheese-rolling events took place on the late spring bank holiday Monday, but check this website for details of future events. One thing’s for sure: Double Gloucester has never been so dangerous.

Woolsack Races
The Cotswolds are known for their sheep-dotted hills, and each year in Tetbury, on the late spring bank holiday Monday, they celebrate the region’s wool heritage with woolsack races. The races, which consist of running up Gumstool Hill with a woolsack on your back, are thought to have originated as a way for young drovers to show off their strength to local lasses. These days, women can also demonstrate their prowess by competing, albeit carrying a slightly lighter load, at 35 pounds, than the men, who heft 60 pounds. Thankfully, there are pubs at either end of the racecourse to offer refreshment to both participants and spectators alike.

Olimpick Games
Wish you could relive the glory of the 2012 London Olympic Games every year? You’re in luck. Robert Dover’s Cotswold Olimpicks take place on Dover’s Hill in Chipping Campden every year on the Friday after the late spring bank holiday. There may not be a Danny Boyle-directed opening ceremony, but there’s still plenty of fun to be had, including music, races, and the traditional shin-kicking contest. The Olimpicks even have their own royalty in the form of a Scuttlebrook Queen, who is fêted the following day in a procession that includes fancy dress and Morris dancing.

River Football
Every August bank holiday Monday, the villagers of Bourton-on-the-Water play football in the River Windrush. You read that right: not on the banks of the River Windrush but actually in it. Goal posts are set up under the stone bridges, and visitors do their best not to get splashed while cheering on the teams from the surrounding green. Just down the road from the site of the match is Birdland Park & Gardens, a family-friendly venue where, dotting the river, you’ll find flamingos rather than football players. 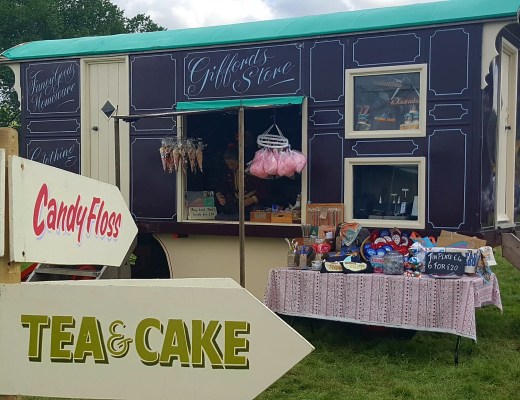 Running Away to the Circus

Notes on a Summer Landscape 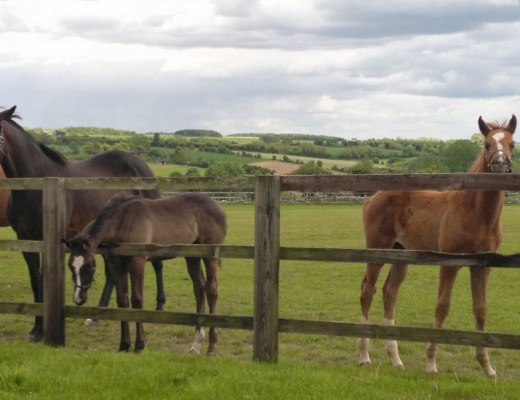 Horse Play: An Evening at the Races