A Quiet Weekend in the Country

Saturday we went to the hardware superstore in Cheltenham where we picked out kitchen cabinets for our new London shoebox and “flame” winter violas for the hanging baskets at Drovers Cottage. On our way home we stopped in to the Wheatsheaf where our local bon vivant, M., was hosting the opening of his new food-themed exhibit, including a print of his personal gastronomic map of Britain. There husband met Giles, owner of the animal crematorium at Fosse Cross, the last stop for beloved local equine pets. Giles told the story of how an Irishman tried to buy the horsetails for use in his rocking horse business. Giles declined, explaining the owners of the horses expected every last bit of them to end up in the urn, although I rather like the idea of a tail being used on a rocking horse as a tribute to a cherished pet.

We acknowledged Remembrance Sunday by attending the local church service. Two plaques commemorating the dead of our town from WWI and WWII are mounted on the wall to the right as you enter the sanctuary. Above them hangs a vintage British Legion flag, and below, a wreath of paper poppies was laid by two elderly gentlemen wearing medals on their lapels.

Afterwards, Jacques, our resident Frenchman (something I highly recommend for every community) approached husband to discuss the upcoming Court Leet seating plan for which Jacques is responsible like some kind of unlikely bride. The all-male Court Leet dinner has been held annually since the thirteenth century in our Cotswold town, and husband is flattered to have been invited back this year. While we talked Jacques bemoaned the very un-French habit the men have of buying a bottle of wine which is jealously guarded at each man’s place, unshared with others, and sometimes swigged straight from the bottle. I suspect it’s a habit that might date back as far as the Leet itself.

Banksy in the Cotswolds 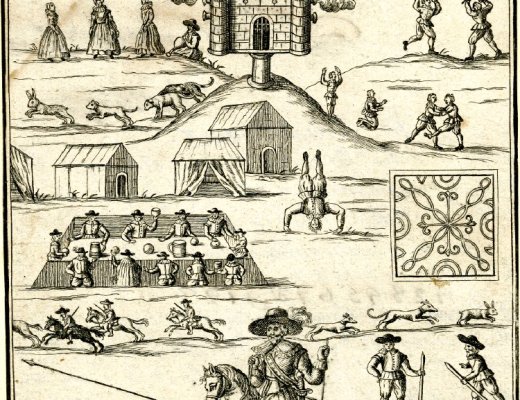 We Are Here in the Cotswolds in Lieu of a Divorce