London in a single street 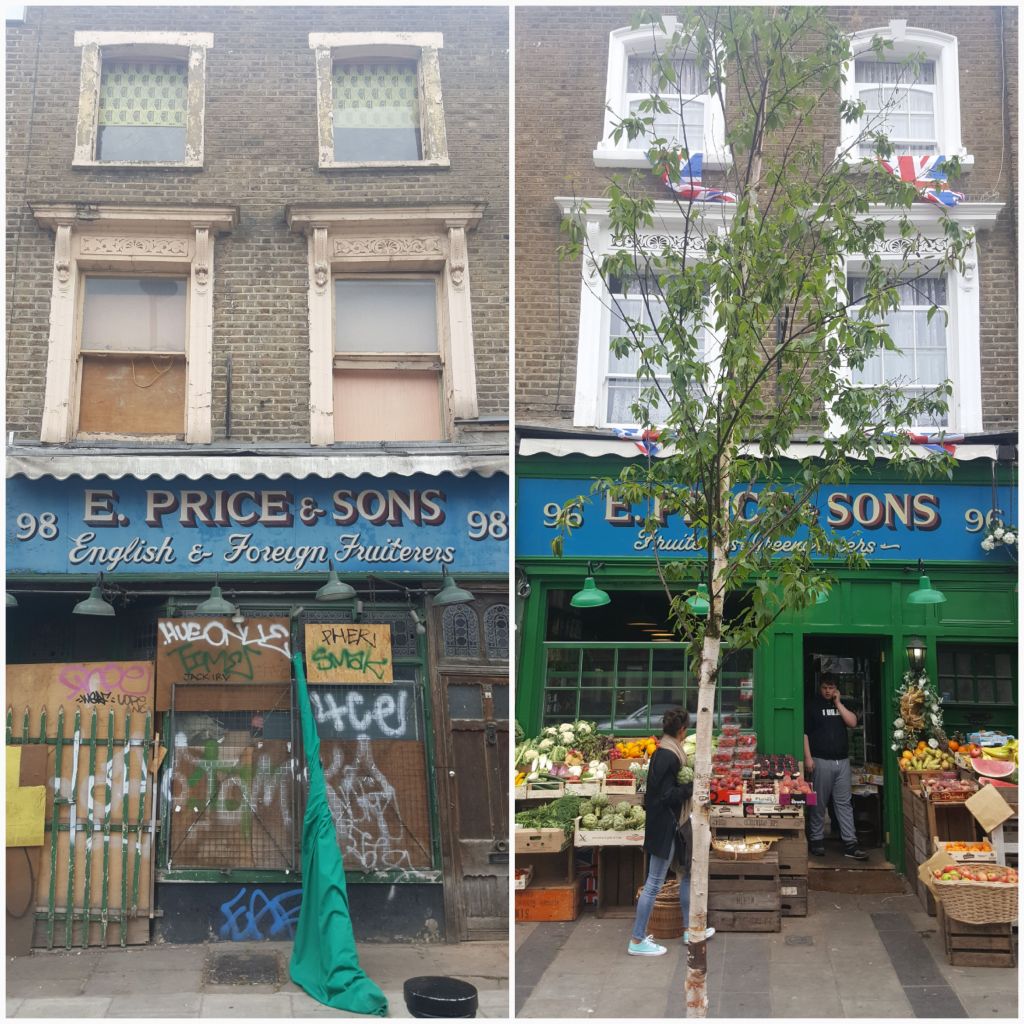 London is hardly a one-street town, but sometimes it feels possible to experience the entire city on a single street. Such was my feeling about Golborne Road—a stretch of pavement that starts near the top of its more famous neighbor, Portobello Road, then runs a few blocks before it spits you out in a community garden along the Grand Union Canal—on a late spring visit earlier this year. We have a minuscule flat in Maida Hill, five minutes farther on the other side of the canal, that was unexpectedly free of tenants when we were there, and so we used it to stay overnight before heading home from Heathrow the next day.

My sharpest memory of this road from when we last lived in the neighborhood, almost a decade ago, was seeing David Cameron strolling with his small children during a weekend market. Back then—pre-Brexit disgrace—he was the opposition leader, and it was striking to see such a prominent politician without security out amongst us common folk. The street has gentrified considerably since, so much so that it perhaps no longer offers the backdrop for the sort of man-of-the-people positioning Cameron was likely after at the time. Still, much remains the same, including the tiny-yet-labyrinth Moroccan homewares shop, Fez. Inside we admired cheerfully painted, octagonal side tables, and I sprang for a straw summer bag decorated with a silver tassel and a snail-shaped spiral of sequins.

Other stalwarts of the street include the antiques shop, Les Couilles du Chien, which always reminds me of the Harry Enfield sketch, I Saw You Coming, featuring a shop that’s “basically a bunch of crap that I’ve rather tastefully displayed and a few smelly candles.” (Note: having never actually gone into Les Couilles du Chien, I have no reason to think the “crap” contained therein is anything less than the dog’s bollocks.)

We next turned our attention to two adjacent and new-to-us cafés, both with inviting pavement seating. At Snaps + Rye, we went off piste from the Danish menu and enjoyed a glass of rosé outside. This gave us an excellent vantage point from which to spot a table freeing up outside at Kipferl next door. We swooped in and ordered a carafe of Grüner Veltliner, which arrived on a silver tray with another carafe of water, in the same appealing manner as Viennese coffee service. 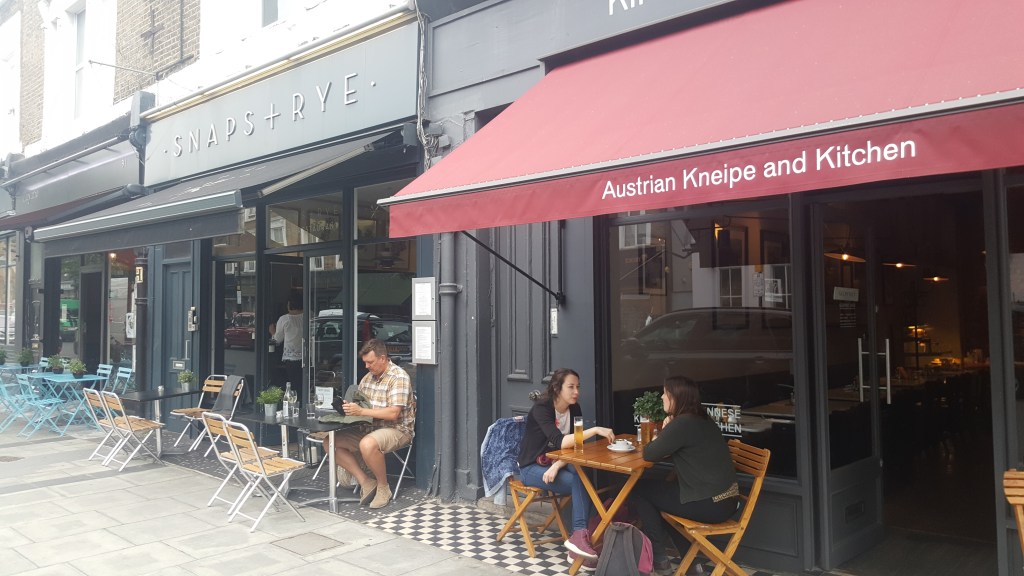 From here, I watched people doing their shopping at two independent markets directly across the street. One of them, E. Price & Sons, had the most striking visage: on the left, a boarded up, graffiti-strewn incarnation of the exact same cheery, Union-Jack-festooned shop on the right. The only other difference was the description of the shop painted in cursive script underneath “E. Price & Sons.” On the old shop, it read “English & Foreign Fruiterers,” while the new sign had dropped the distinction entirely for the more generic “Fruiterers & Greengrocers.” It seems wholly appropriate on a street featuring Moroccan, Portuguese, Pakistani, Lebanese, Danish, Austrian, and Italian—to name the ones I remember—shops and restaurants, that the words “English” and “foreign” had been rendered superfluous. The notion works equally well for London as for this tiny street.

There are other things I liked about this side-by-side contrast of the old and new shops, not least of which is that there is a word in the English language that makes a retailer of fruit evoke a life of excitement akin to being one of the three musketeers. While “English & foreign” were summarily dismissed in the recommissioning of the sign, “fruiterer” was wisely retained. I also like how, in a world where we are relentlessly tasked—especially by our social-media-platform overlords—with reinventing ourselves, the reincarnation of the fruit shop seems to be giving us permission to say sometimes it’s OK to pack it all in and start from scratch. And it’s just fine to leave our past failures on display. I very much hope to find the dilapidated old shop in exactly the same state when I next visit. If you happen to be there before me and notice it’s been reinvented, please feel free not to tell me.

Dinner that evening was at the excellent Pizza East, at the Portobello-end of the street, then back over the railway bridge where we couldn’t resist stopping in for one last drink at Southam Street. What used to be a pub is now an ambitious-seeming multi-level bar and restaurant with a doorman wearing weather-inappropriate, ominous leather gloves. The wine was more inexpensive than the context implied. As we walked back towards the canal, we passed what appeared to be a very-fun-to-hate members-only club just in the shadow of the brutalist landmark, high-rise residences of Trellick Tower. This caused me to suddenly remember, and curse, a painter who had once dropped and smashed a beloved mug that was decorated with a drawing of Trellick. I was fairly drunk.

On our final morning we crossed the Harrow Road, then the pedestrian bridge over the canal, and headed back to Golborne for our last hour in London. At the Portuguese coffee shop Lisboa, we joined the queue of commuters for inexpensive, delicious black coffee. I mourned my dairy-free diet as I watched my husband consume not one but two custard tarts. (In my pre-vegan days, I particularly enjoyed the chicken croquettes, coxinhas, at Café O’Porto, another Portuguese café on the opposite side of the street.)  It was soon time for us to leave London, and even though the past twenty-four hours had been spent largely on a single street, I felt remarkably well-traveled. 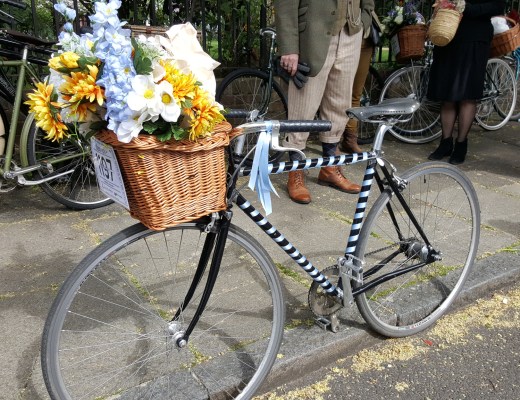 The Contract Is in the Mail