For evening entertainment while walking the Cotswold Way, I packed a slim paperback of Laurie Lee’s Cotswold memoir, Cider with Rosie. The book has a firm place in the twentieth-century British literary canon although it remains somewhat unknown in America—at least it did to me before I lived in the Cotswolds. Capturing Lee’s boyhood and an age of lost rural innocence between World War I and the mid-1930s, I can’t think of an obvious American comparison. Little House on the Prairie crossed my mind, but its era (late 19th century) and prose style are different, and the Lark Rise to Candleford trilogy is its more obvious British soulmate.

In any case, Cider with Rosie had been resident on my bookshelf for the past few years—I must have bought it in the publicity surrounding the 2014 centenary of Lee’s birth—but I had never gotten around to reading it. Ten days of immersion in the countryside Lee was so fond of seemed like the perfect excuse to finally crack it open.

On the second night of our journey we stayed near Winchcombe with friends. We were still more than 20 miles north of Lee’s home territory in the Stroud Valleys, but Cider with Rosie would prove itself an eerily relevant literary companion that evening. One half of the couple who were hosting us is a shepherd and earlier he had brought 30 sheep into the garden to address the problem of a broken lawn mower. While we dined on a supper of takeout curry, I looked up from the table to see the flock gathered ominously at the kitchen window, their collective glare seemingly indicating their disapproval of the lamb rogan josh that lay steaming on the table (this menu selection, I note, was the shepherd’s idea). I tried to put them out of my mind as I dipped into the chicken tikka masala, but later, reading the local ghost stories Lee recounts early in the book, it seemed they were destined to haunt my dreams.

There is little remarkable about a two-headed sheep, except that this one was old and talked English. It lived alone among the Catswood Larches, and was only visible during flashes of lightning. It could sing harmoniously in a double voice and cross-question itself for hours; many travelers had heard it while passing that wood, but few, naturally enough, had seen it. Should a thunderstorm ever have confronted you with it, and had you had the presence of mind to inquire, it would have told you the date and nature of your death—at least so people said.

The next morning I awoke with a start to the 5am wake-up call of the bleating flock, one final act of revenge. 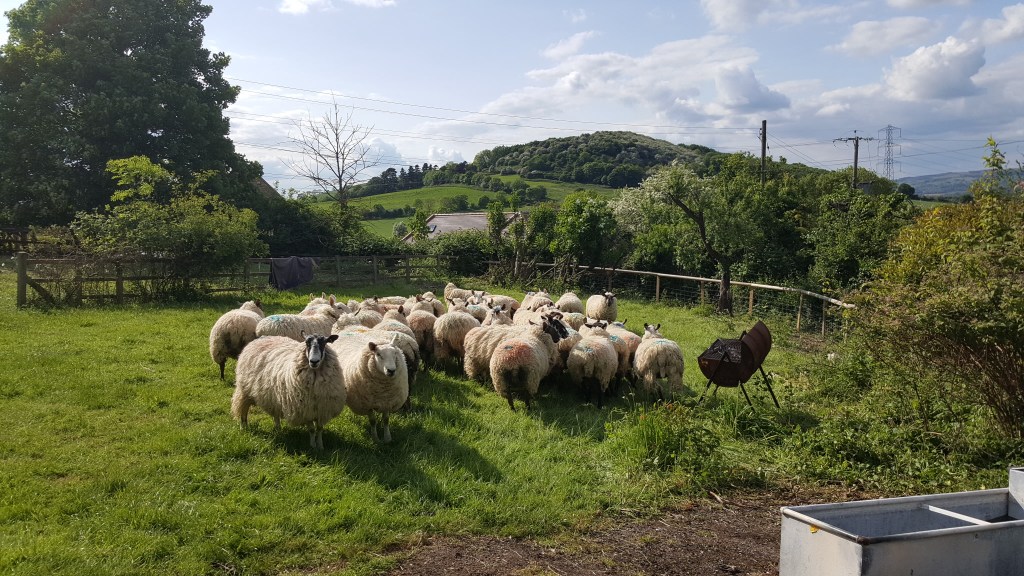 The lawnmower brigade before the lamb rogan josh incident

Three days of walking later we arrived in Painswick, the closest point on the Cotswold Way to the village where Lee was raised, Slad. Here there were signs to nearby Bulls Cross, but on the advice of Lee, we gave it a miss: At this no man’s crossing, in the days of foot-pads and horses, travellers would meet in suspicion, or lie in wait to do violence on each other, to rob or rape or murder.

In Painswick, Lee’s legacy started to be audible. Sitting in a coffee shop, I overheard a lively local whose father, also a poet like Lee, had apparently known the author and found him a tad arrogant. Our hostess for the next evening had aunts and uncles who had been classmates of Lee at the village school on which he lavishes an entire chapter, a taste of which is here:

Our village school was poor and crowded, but in the end I relished it. It had a lively reek of steaming life: boys’ boots, girls’ hair, stoves and sweat, blue ink, white chalk, and shavings. We learnt nothing abstract or tenuous there—just simple patterns of facts and letters, portable tricks of calculation, no more than was needed to measure a shed, write out a bill, read a swine-disease warning.

From our B&B in Middleyard, we arranged a taxi to take us up to the Woolpack Inn, Laurie Lee’s local pub. The bar is adorned with some pictures of Lee, but the real thing to see is the view from the deck overlooking the Slad Valley. We lingered on the patio while I caught up on my reading before sitting down at a table inside for dinner. Despite its fame from its association with Lee, the Woolpack remains a down-to-earth and lively local, with good real ales and a kitchen punching above its weight.

That evening I was introduced to my favorite chapter of the book, Grannies in the Wainscot, in which Laurie Lee marks himself out as the Alan Bennett of the south of England. The chapter is devoted to the two old ladies who lived in the “top-stroke” of the T-shaped house that Lee grew up in.

Grannie Trill and Granny Wallon were rival ancients and lived on each other’s nerves, and their perpetual enmity was like mice in the walls and absorbed so much of my early days. With their sickle-bent bodies, pale pink eyes, and wild wisps of hedgerow hair they looked to me the very images of witches and they were also much alike. In their time as such close neighbours they never exchanged a word. They communicated instead by means of boots and brooms—jumping on floors and knocking on ceilings. They referred to each other as “Er-Down-Under” and “Er-Up-Atop, the Varmint”; for each to the other was an airy nothing, a local habitation not fit to be named.

In the days of walking that followed we left Lee’s patch of England for Wotton-under-Edge and Tormarton, but the scenery remained as beautiful as Lee’s prose, like this description of his beloved mother, a voracious gardener:

While Mother went creeping around the wilderness, pausing to tap some odd bloom on the head, as indulgent, gracious, amiable and inquisitive as a queen at an orphanage.

On our second-to-last day of the walk we crossed the M4, a major motorway and milestone on the Cotswold Way. While technically still within the boundaries of the Cotswold Area of Outstanding Natural Beauty, this part of the Cotswold Way begins to feel foreign for those who hail from north of the border. Both soil color and accents change. At our bed and breakfast in the unfortunately named hamlet of Nimlet, our hostess was particularly disinterested, making it all too easy for us to label this unfamiliar territory as unfriendly. The impression was not helped by the price gouging of a local taxi firm who charged us £25 for a 3-mile journey from the nearest pub, where we had been served a dinner seemingly fashioned out of cement.

Cider with Rosie once again echoed our journey. In the chapter called Outings and Festivals, Lee writes about an Annual Slad Choir Outing to Weston-super-Mare, a 50-mile journey in five charabancs that felt as foreign as going abroad. Their impulses as they entered “stranger’s country” were similar to our own:

So we settled down, and opened our sandwiches, and began to criticize the farming we passed through. The flatness of the Severn Valley now seemed dull after our swooping hills, the salmon-red sandstone of the Clifton Gorges too florid compared with our chalk. Everything began to appear strange and comic, we hooted at the shapes of the hayricks, laughed at the pitiful condition of the cattle…

Once arriving in Weston, members of Lee’s entourage also had gripes about the refreshments: Mrs. Jones was complaining about Weston tea: ‘It’s made from the drains, I reckon.’

The Cotswold Way finishes at the grand doors to Bath Abbey, and Lee also writes about church, albeit an altogether humbler affair, in the final chapter of Cider with Rosie. His lament for the loss of community life seems as poignant today as it must have been when the book was first published in 1959.

This morning service was also something else. It was a return to the Ark of all our species in the face of the ever-threatening flood. We are free of that need now and when the flood does come shall drown proud and alone, no doubt. As it was, the lion knelt down with the lamb, the dove perched on the neck of the hawk, sheep nuzzled wolf, we drew warmth from each other and knew ourselves beasts of one kingdom… 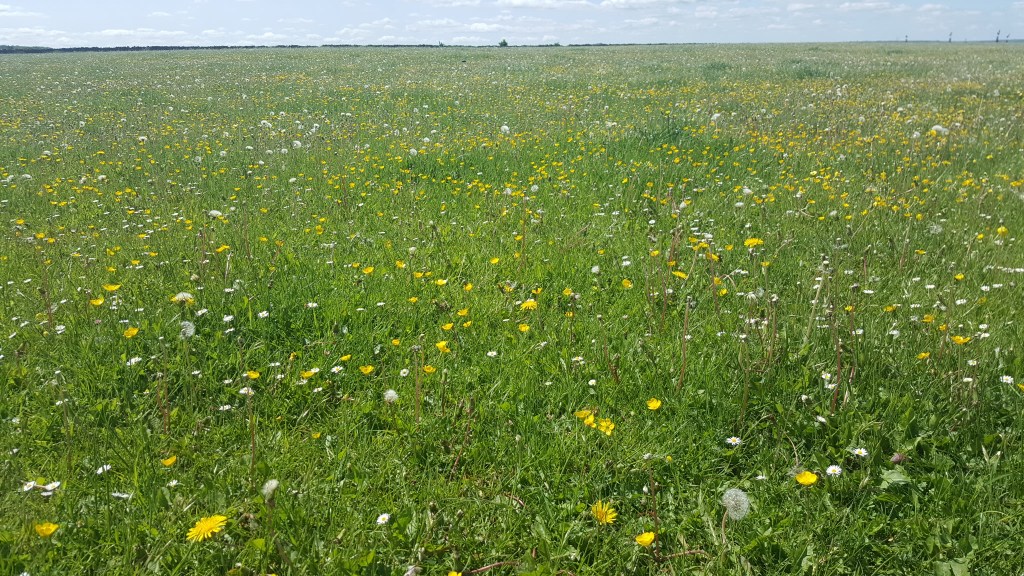 To end here would be to give the wrong impression of walking the Cotswold Way with the companionship of Lee, which was a joy. Rather I’ll leave you with this gem of a line from Lee’s description of his boyhood summers, my own memories of the summer of 2016 juicily fossilized with Lee’s prose and the paths of the Cotswold Way:

We carried cut hay from the heart of the rick, packed tight as tobacco flake, with grass and wild flowers juicily fossilized within—a whole summer embalmed in our arms.

Life in the Variable Speed Lane 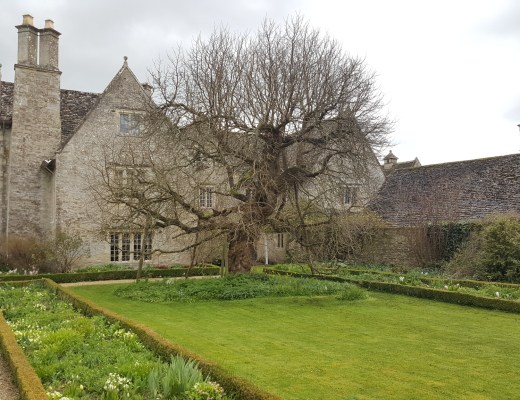 Lord of the Manor