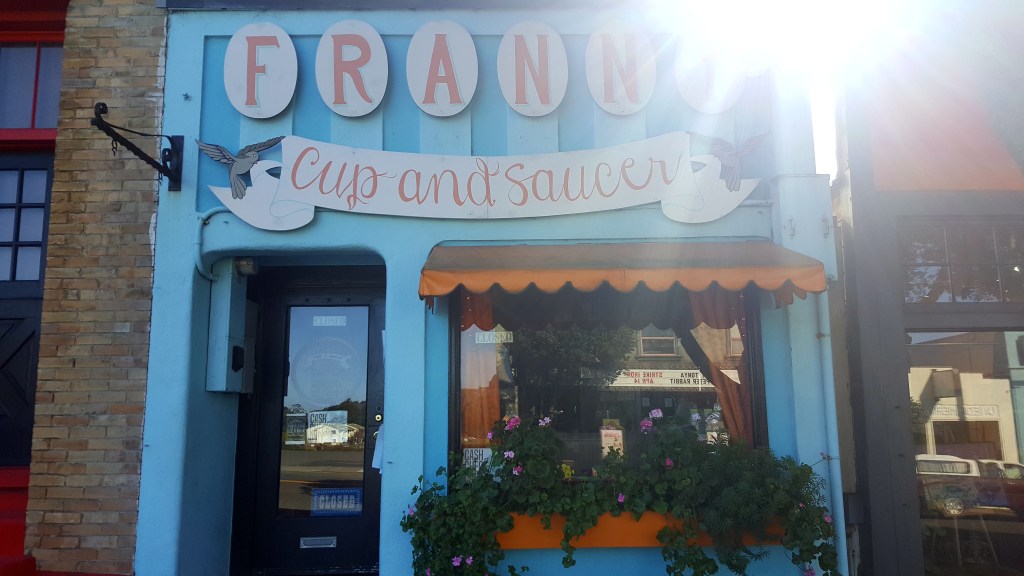 About four years ago, my husband and I discovered Los Alamos, California, a one-street town in Santa Barbara County, just off the 101. It’s of course more than just a one-street town, but not by much. At the time it had already been discovered, at least by some of Hollywood. Emilio Estevez had started a craft-beer bar there, and Kurt Russell owned a saloon/tasting room.

Still, it was not quite given over to tourists the way other parts of the Santa Ynez Valley were post-Sideways. The local motel was still crappy (although in the midst of being converted by the same people who had converted another formerly crappy hotel in Ojai into an outpost of the now ubiquitous Coachella-meets-ranch style), and the hours at the businesses along the main street were erratic—many still only open Thursday through Sunday. While the town’s main drag, Bell Street, has continued to morph in recent years, Los Alamos has remained a favorite of ours for a one-night weekend away.

Part of it’s appeal is the one-street package. Los Alamos is not demanding of its visitor.  You can eat, drink, nap and browse your way along Bell Street for an entire day, starting with breakfast at Bob’s Well Bread at the 101 end, eventually finishing with dinner at Full of Life Flatbread at the other. This geography of idling is part of the reason we were so excited when on a recent trip along Highway 1 in northern California, we discovered one of Los Alamos’s one-street brethren in Point Arena, a tiny town some 130 miles north of San Francisco in southern Mendocino County. 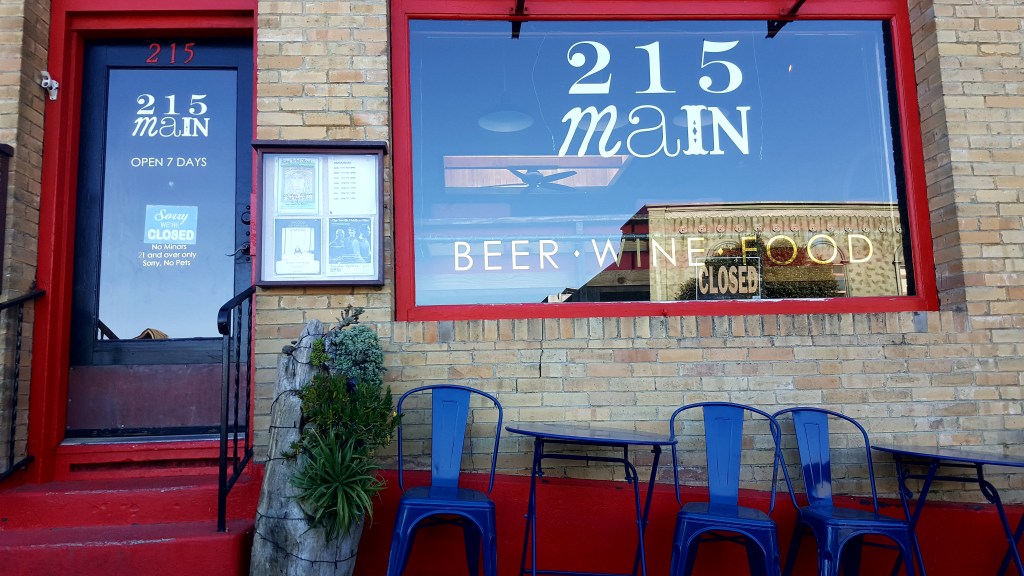 On our first of two visits, a barking Pomeranian drew us into the open-fronted Zen House Motorcycles, a shop that specializes in restoring high-end bikes. Inside I admired their branded tee-shirts and hats, bearing a logo that riffs on Zen and the Art of Motorcycle Maintenance, while my husband admired the bikes, and the friendly female mechanic gave him details of each one. She even listened politely as he described the joy he’s found in riding his recently-acquired, used knock-off Vespa. The shop adjoins a full-service gas station, and later when we filled up there it was such a pleasant, human experience that it made me hope for a full-service resurgence.

Next door we poked around the outside of the Wildflower Boutique Motel, which was under construction. It still wasn’t done when we returned a few weeks later for an overnight visit, so we booked a room at the Wharf Master’s Inn. It’s a mile or so off the main street, with views of a Pacific cove and easy access to the Pier Chowder House and Tap Room. But we had a date with main street, so we rode our bikes up the gentle hill into town and headed to 215 Main, where we met the librarian and basketball coach at the local high school who was having his first day on the job as a bartender, too. His moonlighting was a reminder that while one-street towns may still exist in America, the middle-class security that they evoke is long gone.

The bar specializes in regional wines, which means it has an excellent selection from the nearby Anderson Valley. There’s food, too, but we were there before dinner time and the only thing we saw plated up was when an elderly cowboy sitting at one end of the bar pointed at a salami hanging from the wine glass rack and asked for a few slices and some tomato to go with it. This was not on the menu, but the bartender made it for him anyway. When we later went across the street to Sign of the Whale, a classic small-town boozer, the cowboy was at the end of the bar again. 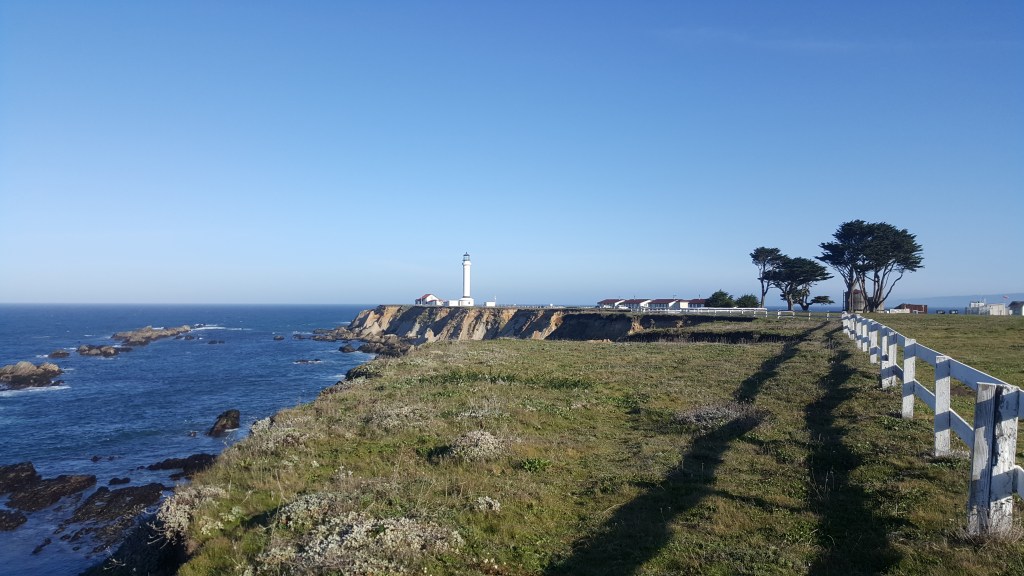 In between, we stopped in at an art show on the premises of a stylish homeware store that was closing down, admired the baked goods at Franny’s Cup and Saucer—which included an exquisite dish of “eggs and bacon” made from mango curd-topped meringue and pink-striped shortbread—and fantasized about buying Fogeaters, a now-empty Victorian property with a restaurant on the ground floor and an apartment upstairs. There’s also a small grocery store, a couple of coffee shops (one at the front of the grocery store), a pharmacy, and a library, all on a few blocks of the main drag.

Back at Sign of the Whale, the proprietor wandered in, fresh from his shift at the fire department. A few minutes into our conversation he mentioned he’d worked on the Thomas Fire in December, which had threatened our home in Ventura, and showed us a set of jaw-dropping pictures on his phone. Flush with gratitude, we thanked him profusely and bought him a beer before heading through the swinging doors that connect the bar with Bird Cafe & Supper Club. Our dinner of borscht followed by sweet potato gnocchi was superb.

In the morning, we drove a few miles out to the lighthouse and took a walk in the whipping wind. There’s a Victorian bandstand that sits on a lone spit of land to the east of the lighthouse, a perfect place to sit and enjoy the view (or re-enact an eighties music video). When we visited, sea lions had miraculously hoisted themselves onto the jagged-rock islands around the point and were lolling in the morning sun. To join them in this splendid isolation you can rent one of the lighthouse cottages, but then you’d miss out on the many pleasures of this one-street town. 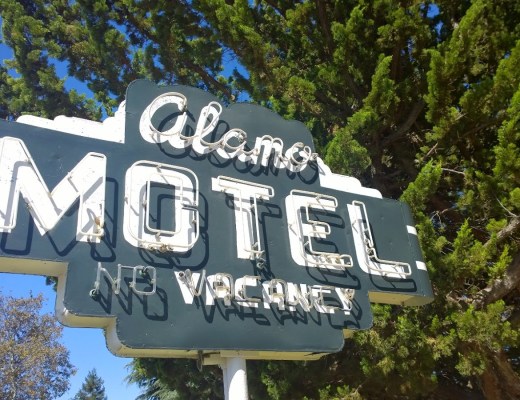 The Cotswolds of California: Lost in Los Alamos