Today as I was wedged underneath a London conference room table unplugging my laptop, a man popped his head in to ask if I knew where so and so was. With my ass still in the air I called out that I did not know so and so, but this man seemed to know me. He enquired if by chance I had been in a butcher shop in our Cotswold town over the weekend clad in lots of lycra and a bicycle helmet. I had. What are the chances of being caught in two compromising situations in one week by the same person?

It turns out I am not the only employee of my company to have discovered the charms of our lovely little Cotswold town. T. has lived there for 16 years, commuting into London every day. We exchanged lots of gushing about our town, things like the joy of walking out your front door to pick blackberries for a cobbler. Then he started telling me about an annual town dinner called “The Leet,” and it clicked that this was what G. was describing to us the wine bar a few weeks prior.

My vision of a Cotswold cult was wide of the mark, but this is a case where truth is better than fiction. It’s the kind of thing that an American eats up about living in England. Even husband was charmed by the revelation.

The annual Court Leet dates back to 1227 when King Henry III granted our town a charter entitling it to a weekly market. The town’s men have an unbroken record of meeting for the Leet annually since the charter was granted to elect honorary officials to oversee the market. Their duties include making the rounds of the local pubs and reporting on the quality of the brews. The Leet is a sort of democratic state of the union, only about important things like beer. Children get in on the action too, roaming the streets banging tin cans. When they knock at your door you are supposed to ask them who the new High Bailiff is and give them a coin for their can, a capitalist version of Halloween.

An invitation is a tricky thing, fraught with sensitivities. Some men who have been resident for years have yet to receive one. If G. pulls it off for husband it will be a coup. I’m not banking on it as G. is prone to bluster, but, for the blog’s sake, I hope it comes through. 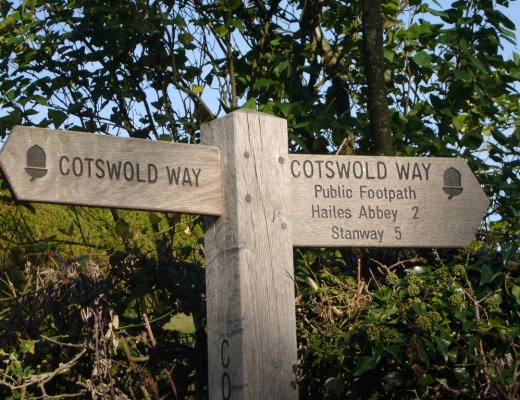 The Cotswold Way: A glutton’s guide to rambling