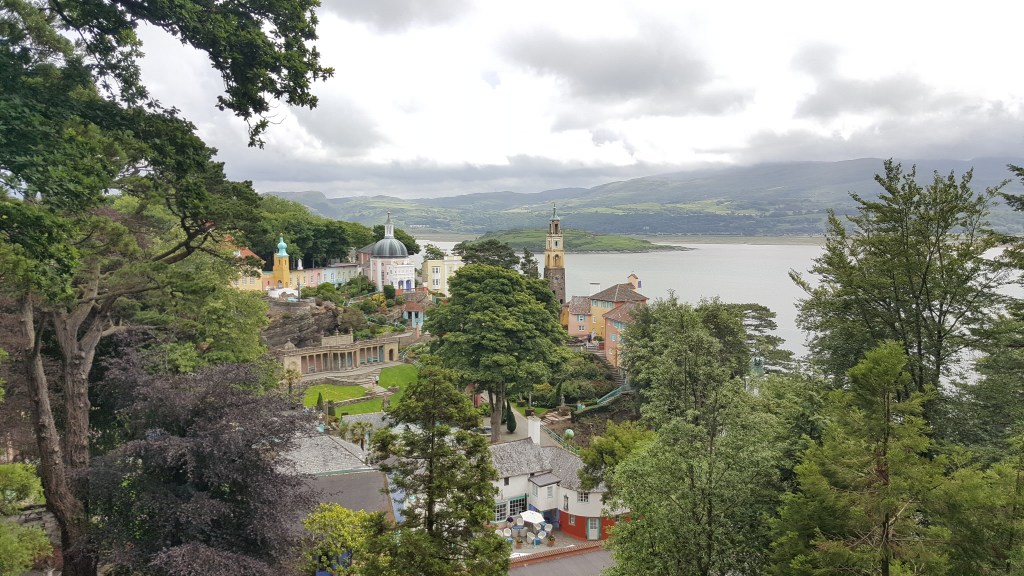 Portmeirion from on high

2016 made short work of qualifying as an annus horribilis what with the holy trinity of horrors that is the Trump presidency, Syria, and the seemingly endless string of deaths of beloved artists and entertainers. I have been devastated by these things to varying degrees and observed with worry the deep suffering they continue to cause others less protected by the socio-economic bubble I inhabit, although I’m keenly aware said bubble is not impenetrable.

Somewhat to my embarrassment, despite all these things, I still find that my ability to experience both exasperation and joy daily is driven by matters much more pedestrian than those that make the news. (I’ve always excelled at compartmentalization.) And since this is a Christmas letter, I’ll focus on the joy rather than the exasperation. 2016 has been an annus horribilis and yet I also was privileged to occasionally enjoy the ride.

In May, we completed my ambition to walk the Cotswold Way, a 102-mile path along a Jurassic-age escarpment in southwest England. I took to the trail in the spirit of a religious pilgrimage with the modest intention of figuring out what to do for the rest of my life. (At that point we had agreed to leave Berlin at the year’s end, which I assumed meant quitting my job.) As the saying goes, solivtar ambulando: it is solved by walking.

Despite my grandiose vision of this walk giving me space to think and figure stuff out, its real power was narrowing my world. Choosing what to wear is surprisingly easy when you’ve only packed three shirts. For the duration of the walk, all our worldly possessions fit in two backpacks, and the most taxing decision of each morning was whether to switch to a fresh pair of socks. Once outside, there was a path to follow and a destination to be reached, one step at a time. Never once did we have to ask what we should do that day. Any spare brain power was taken up reading from the National Trail guidebook I carried in a waterproof map holder around my neck.

By the end of the Way, there had been no lightning bolts of insight, but the sights and sounds alone had been an embarrassment of riches: panoramic vistas, Neolithic long barrows, a cricket pavilion built by J.M. Barrie, and a fairytale tower designed by Capability Brown, to name a very select few. Not to mention pubs—so many pubs, the best of which, The Woolpack in Slad, was Cotswold writer Laurie Lee’s local. To ask for more from the Cotswold Way would have been downright greedy. And walking the trail had solved a problem—it just wasn’t the problem I thought I was walking to solve. What I would do next remained unknown, but our hike had at least ended the paralysis of modern life’s infinite choice and given us an actual vacation for the ten days it lasted.

Oh, and in all my pontificating I forgot to mention the most important thing: it was really good fun.

Our other major discovery of the year was much more serendipitous, a coastal village in north Wales, Portmeirion, best known for being the set of a 1960s British TV series, The Prisoner. We went mostly because husband was a fan of the show, and I fully expected to find the sort of dank, depressing British holiday accommodation that hadn’t been updated since The Prisoner was shot.

You approach Portmeirion through the stark drama of Snowdonia National Park until finally, improbably, you are in an Italianate seaside village. It’s a sort of Disneyland for grown-ups, staffed solely by people you wish were your aunts and uncles speaking with that lovely, lilting Welsh-accented English. The alfresco café serves local Welsh cheeses and Italian wine and the village bookstore specializes in Welsh literature and the whole thing backs on to a forest of giant rhododendron and hydrangeas criss-crossed with gentle walking paths. I immediately developed a mild obsession with Clough Williams-Ellis, the late architect and mastermind of the whole operation. We liked Portmeirion so much we went back to celebrate our 15-year anniversary in June, the first of hopefully many return visits.

Husband also fulfilled a long-held ambition this autumn, which was to buy a convertible in which to cruise the highways and byways of California. Thankfully for me, his mid-life-crisis car was not anything too ridiculous, unless you find a white VW bug with a blue denim roof and Herbie “53” magnets on the doors ridiculous. Proving I have become my father in at least one way, I refused to trade-in our twelve-year old Volvo to make the purchase, and I fully plan for these two cars to be the only ones we have for the rest of our lives. Channeling an elderly relative who refuses to take the plastic off her “good” settee, husband has thus far refused to remove the plastic and paper coverings of the floor mats and arm rest in a purported effort to retain that new car smell. I’m encouraging him to ask a therapist about it.

In October, I decided to take my health seriously and switched to a vegan-plus-seafood diet. I was exposed to some excellent research that persuaded me to take the plunge, despite my misgivings about never again eating cheese. That wine is vegan was some solace, and I am happy to report it has been much easier than expected thanks to the vegan-friendly offerings of both Berlin and California. It has even been liberating in the same way I found the experience of constricted choice on the Cotswold Way liberating. There’s no more agonizing over what to order at a restaurant—I take whatever is on offer that fits my needs. A bonus is the veil of insufferable vegan piety that I happily don, even though I’m not primarily motivated by the ethics of eating this way.

Earlier this month, I officially left Berlin for the second time. In January, I will start work in Berkeley, continuing my work-world-tour of cities that start with B—Bristol, Boston and Berlin having preceded this latest gig. I’m counting on my employer opening an office in Barcelona next.

We spent the last few days tearing around Berkeley trying to find an apartment, our expectations lowering with each successive viewing of what can most charitably be described as hovels. Then, at the eleventh hour—literally at 6pm the last night we were in town—we found a gem in a charming neighborhood. It is a lot like the apartment I had in Los Angeles when I was twenty-five, except three times more expensive. I’m trying to rationalize it as a return to my youth.

To be fair, the neighborhood has a lot going for it. Husband appreciates the art-deco-fronted cinema, while the organic-with-vegan-options ice cream shop and French bakery appeal to the always-hungry person in me. We were already on our way to sign the lease when the landlord dropped that writer Michael Chabon was practically our neighbor—a factoid that seemed custom-created by the universe to titillate me.

We’re looking forward to new adventures in our new digs in 2017. Until then, Merry Christmas, Happy Hanukkah, and here’s to a better New Year! 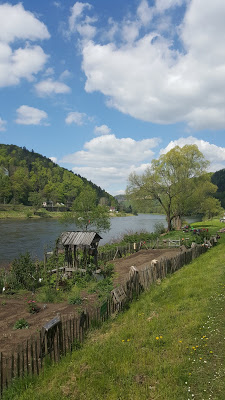 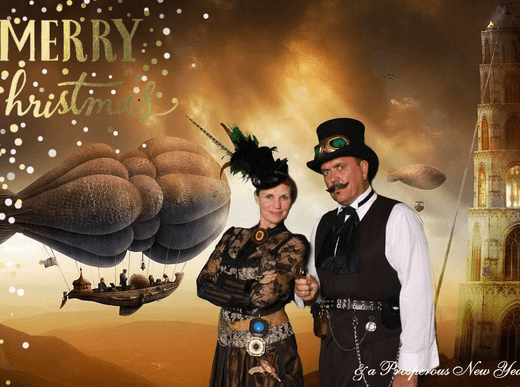 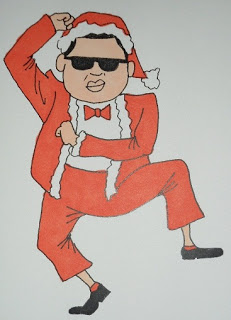