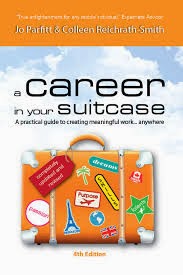 When Jo Parfitt contacted me to ask if I would write a review of a book from her company, Summertime Publishing, it seemed like an obvious fit. Summertime publishes books “by people living abroad for people living abroad,” which has been the basis of most of this blog. It followed that Summertime books might be of interest to readers of this blog, too. But while Summertime’s list includes the kind of travel memoir I have written myself, I opted to review a how-to book co-authored by Jo herself.

A Career in Your Suitcase: A practical guide to creating meaningful work, anywhere spoke to me on two counts. First, since the publication of my own expat memoir, Americashire, last year, the question of whether or not I could turn writing from a vocation to a profession has lingered in the back of my mind. Add to that the fact that my British husband and I are actively trying to craft a life where we split our time between the U.S., our current home, and England, where we lived between 2005-2011, and it’s clear why I was eager to read A Career in Your Suitcase.

I generally read for pleasure, but A Career in Your Suitcase is a different kind of book. There’s no getting away from the fact that, despite the genial guides in the form of Jo and her co-author, Colleen Reichrath-Smith, this book is work, and I was going to get out of it what I put in. The authors ask you to ask tough questions of yourself and give honest answers throughout each of the book’s three sections, which cover finding your direction, finding your opportunity, and then putting it all together. One of my “aha!” moments came early in the book in a chapter devoted to finding your passion. Here Jo writes, “Sometimes it can be hard to separate the things we love to do and do well, from the thing we like to do less, but still do well…Sadly, the subjects we do best in are not always the one we love the most.” Here in two sentences was a state of the union on my career in project management.

There were moments in the book when I bristled at what seemed like outdated ideas for work for a trailing spouse—the politically correct term for which, I learned, is ‘accompanying partner’. Tupperware and Avon were mentioned with a complete lack of irony. (Such references also reinforced the idea that the guide is targeted at women, despite examples of men’s experiences as accompanying partners sprinkled throughout the book.) However, at the same time I could see that I was doing exactly what the authors warned against: being my own worst enemy, confined by my preconceived notions of what was appropriate work for me.

The most inspiring part of the book is that both these women are the proof in the pudding. Colleen moved to the Netherlands from Canada, learned Dutch and rebuilt her former career in her new language. Having lived as an expat in Singapore, Italy and Germany where my mastery of the native languages never went beyond rudimentary capabilities to be polite, order food, and ask directions, Colleen’s feat was astounding and inspiring to me. Jo was equally as impressive having essentially crafted for herself my dream job as a writer and publisher. The very fact that Jo reached out to me to review a book for her company was a prime example of the virtues of networking she extols in the book.

My only real criticism of the book is not a criticism at all, but rather a sort of astonishment at the sheer breadth of scope these two superwomen tackle. In particular, the final section covers topics like entrepreneurship in a single chapter when each easily warrant a book, or books, on their own. But as far as books go to help you clarify your requirements for work, open you up to possibilities and point you in the right direction for further enquiry, I can’t think of a more capable guide than A Career in Your Suitcase.

Americashire Out Now and an Invitation 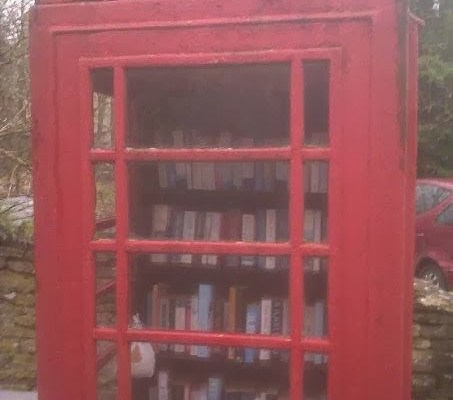