The fantasy of owning a combination bookstore and wine bar has long buoyed me through bouts of tedium that are part of corporate life. The shop would be enlivened by a roster of visiting authors, and we would pair wines with their books for reading/tasting events. While this venture remains unrealized for now, I’ve started mentally preparing by pairing wine with my own reading list and writing down the results. In short, I have concocted an elaborate ruse to drink more wine and read more books.

It’s hard to think of a book that suggests itself more for a series about pairing wine with words than Anne Fadiman’s memoir, The Wine Lover’s Daughter, which aims to preserve her father, the late Clifton Fadiman, in the public memory. Fadiman was a prolific book critic, editor, and writer, as well as popular radio host and committed oenophile. His daughter writes of him:

I first came across Clifton Fadiman through the book he co-wrote with John S. Major, The New Lifetime Reading Plan, a compendium of no less an ambitious topic than world literature. He also co-authored, with Sam Aaron, The Joys of Wine, a similarly ambitious encyclopedia of wine. Ambition, or at least extreme industriousness, was a theme in Fadiman’s life. As Anne Fadiman explains, “That’s how he afforded the wine.”

Clifton Fadiman was the editor-in-chief of Simon & Schuster at age twenty-eight and the book critic of The New Yorker at twenty-nine. Before that he worked his way through Columbia, graduating Phi Beta Kappa in 1925. Next he secured an assignment to translate Nietszche in order to finance a trip to Paris, where his first wife had run off with a member of the Italian aristocracy. Their marriage ended, but not before his then-wife facilitated Fadiman’s Damascene moment with wine: an inexpensive bottle of white Graves ordered with lunch at the Bon Marché department store.

This, I thought, was the perfect candidate for a wine pairing with the book. In addition to its symbolic importance in Fadiman’s life story, Graves is in Bordeaux, his favorite wine region. Anne Fadiman attributes her father’s preference for Bordeaux over Burgundy, which he also loved, to this:

Bordeaux are named after châteaux. Castles. The antithesis of an apartment over a Brooklyn drugstore.

Her father’s angst over being the son of lower-middle-class immigrant Jews is a recurring theme in the book. One painful anecdote reveals how anti-Semitic discrimination at Columbia deprived him of his aspiration to be a professor in their English department. While he went on to achieve tremendous success outside of academia, Anne Fadiman writes that her father never got over that snub.

The choice of wine also adhered to my own taste: white Graves varietals are sauvignon blanc and sémillon, which I much prefer over the chardonnay of Burgundy. The die was cast, and I headed to my local wine store where I asked to be directed to the white Burgundy from Graves. The clerk, perhaps accustomed to such gaffes, flatly noted that Graves is in Bordeaux before explaining that they only had red Bordeaux in stock. Reeling with embarrassment—my WASPish self-consciousness as deeply ingrained as Clifton Fadiman’s own insecurities—I followed the clerk across the store to survey the mostly lavishly-priced reds of Bordeaux. Sensing my hesitation, he suggested I try the $30 bottle of Château Tour Peyronneau 2015 Saint-Émilion Grand Cru Merlot they were currently serving by the glass.

This is how I learned that I have unconsciously—perhaps a hangover from the wine snob’s opinions in Sideways—been shunning merlot at my expense. It was delicious, easy-drinking, ripe, fruity stuff. Perhaps too easy since I had not eaten lunch. While waiting to pay for a bottle to take home, I inspected some half bottles by the counter. In my wine-emboldened state, I mistook the two syllables of Bourgogne (the French for Burgundy) for Bordeaux and believed I had in fact found a bottle of white Bordeaux in the shop. At $105 it was not the cheap white Graves of Fadiman’s department store lunch, but Fadiman was all about French vintage wines and I was gripped by the 14%-ABV-induced urge to splash out.

But wait! I spotted ANOTHER half-bottle of white Bourdeaux-nay-Bourgogne, a relative steal at $38. I brought both to the counter, along with the merlot. The clerk, silent if he had in fact detected my latest blunder, rang me up, making me the proud, foolish owner of $143 worth of my least favorite white wine, chardonnay.

This seems like a good time to acknowledge that my enjoyment of wine outstrips my knowledge of it. With French wine I’m most comfortable choosing from other regions, including, in rough order of who’s paying from me to not me, riesling from Alsace, Sancerre (sauvignon blanc from the Loire), and Condrieu (viognier from the northern Rhône).

The daughter of Clifton Fadiman would have never mistaken Burgundy for Bordeaux. In a sixth-grade school report she explained that “Bordeaux is bottled in abruptly-shouldered bottles, while Burgundy bottles have more sloping shoulders,” adding parenthetically: “Duh. I’d known that since I was six.” In sixth grade she also knew the names of Premier Cru, and some Grand Cru, Burgundies; a slew of oenological terms; and that most of the Great Years were odd numbers, including ’29, ’45, ’49, and ’59.

Despite knowing her way around a cellar, Anne Fadiman serves her memoir in mostly short chapters, a friendly list of wines-by-the glass rather than an imposing carte des vins. There are charming anecdotes and trivia, from a letter Hemingway drunkenly wrote to her father—in response to reviews of Hemingway’s short story collection Winner Take Nothing—to the revelation that the glass Julia Child raised when she toasted “Bon appétit!” on TV was filled with nothing more than water tinted with Gravy Master.

Fadiman’s vignettes portray a childhood that was generally idyllic and her love for her father is evident, but she’s also able to assess him with relative clarity. When she can’t she allows others to do so, as when towards the end of the book—long after the reader has already deduced the same—she lets her older brother explain why neither of them particularly like wine: “Because we didn’t need to escape our origins.”

Although Clifton Fadiman seemed to carry the burden of impostor syndrome with him no matter how famous or wealthy he became, he was also willing to admit when he made a mistake. When he was at The New Yorker, his last column of each year reappraised the books he had reviewed unfairly, or missed, over the past twelve months. His taste in wine, which had been dominated by old Europe, also changed, becoming more expansive. In his late sixties he moved up the coast from Los Angeles to Santa Barbara and developed an interest in California wines. By his mid-eighties, Greece, Chile, Australia, Corsica, and Yugoslavia had made forays into his wine cellar. Anne Fadiman writes that:

I knew he’d really loosened up the night he drank a German white with a large plate of spaghetti.

As for me, the bottle of Château Tour Peyronneau is now gone, most of it drunk with a bowl of lentil soup and a za’atar flat bread at a BYOB Lebanese restaurant. It may not have been a classic food and wine pairing, but it was in the spirit of Fadiman, who always drank his wine with food—sharing a bottle with his second wife and Anne Fadiman’s mother, Annalee Whitmore Jacoby Fadiman, with dinner every night. My two pricey half-bottles of chardonnay remain untouched as I mull over the possibilities for their disposal. I could give them away to a friend who loves chardonnay, but there would be stubbornness lurking in the gesture. Better that we share them; if Clifton “Kip” Fadiman can drink silvaner with spaghetti, there’s hope for my palate yet. It would be delicious to be wrong. 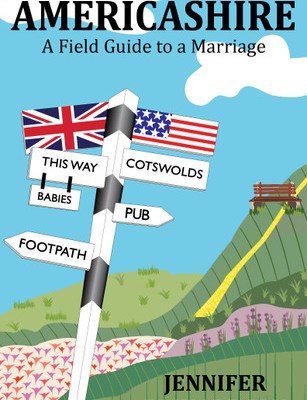 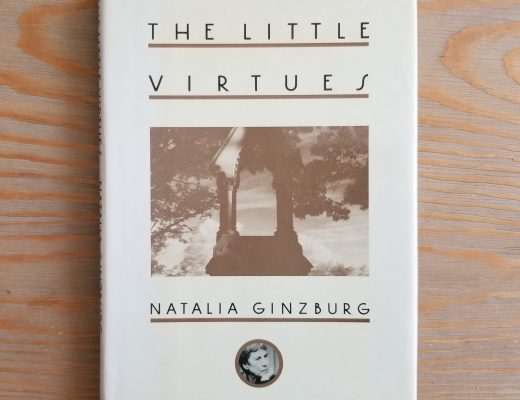