Next week we are headed to Berlin again. We prefer to think of it as an extended sojourn rather than a move, as well as a bit of practice for our aspiration of being bi-continental. Only eventually we want the two destinations to be California and Cotswoldia.In the meantime, Berlin will absolutely do. My reluctance to leave California has way more to do with how much I love living here than any negative commentary on the German capital. But one has to make hay while the sun shines, and right now the hay is in Berlin. Plus, it’s pretty hard, not to mention ungrateful, to complain about getting a chance to live abroad again and be paid for it. Or so I tell myself while I gaze mesmerized at sunset over the Pacific.

And while Berlin has lots of things going for it (trendy, artsy, foodie—you’ve read the glossy travel mags), I have to admit what I’m most looking forward to is that we’ll be able to visit the Cotswolds much more frequently. It got me thinking about all the things I still want to do there, a bucket list of sorts:

1. Hike the Cotswold Way, over 100 miles of walking between Chipping Campden and Bath, (crucially) punctuated with overnight pub stays.

2. Take a stay-cation at Log House Holidays. Because log cabins in England on a beach (OK, a lake beach).

4. Read Laurie Lee’s Cider with Rosie (shhhh, don’t tell anyone I’ve never finished it) then go have a pint at his local, The Woolpack, in Slad.

5. While I’m reading, I’ll also tackle Autobiography of a Supertramp, by Welshman W.H. Davies, who spent time in America and finished his life in the Cotswold town of Nailsworth.

6. Go to the farmers market in Stroud everyone talks about. I’m hoping it will ease me down from missing the amazing Sunday Farmer’s Market in Ojai, California.

7. Hit all those annual quirky Cotswold events I meant to go to but somehow, Tetbury Woolsack Racing aside, never managed: clypping in Painswick, cheese rolling on Cooper’s Hill, rubber duck races in Bibury, river football in Bourton-on-the-Water, and the Olimpicks in Chipping Campden.

8. Continue to refuse to attend The Big Feastival because Alex James’ adoption of a Cotswold farmer persona does my head in.

10. Drink wine at the big table made out of a door on the back patio at The Ox House. OK, I’ve done this approximately 1,000 times before, but it never gets old.

11. I know this post is called “10 Things…” but I keep thinking of things to add after I originally posted it, including watching surfing on the Severn Bore. It may be a little different than watching the surfers off C-Street in my California hometown, but it looks pretty awesome.

12. Update—more tips from @PollyPissyPants, none of which I’ve done before: Bisley Well ceremony, Buscot Park, Lacock Abbey & village, tea at The Old Bell and the Abbey in Malmesbury, and dinner at the Bell at Sapperton.

Sometimes I wonder what I did for those three years I actually lived full-time in the Cotswolds, but, as documented on this blog, it was lots. Just goes to prove what I already knew was true: There’s always more to discover in Cotswoldia. 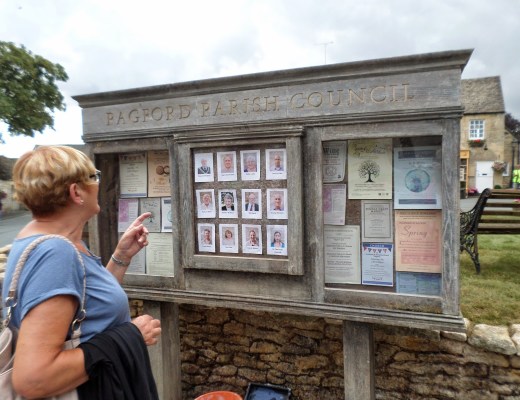 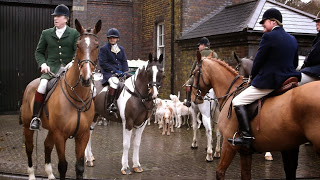 A Day Out in Tetbury

Gone to California in my Mind